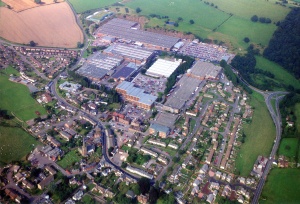 Xerox 914 was the first plain paper photocopier, and was so popular that by the end of 1961, Xerox had almost $60 million in revenue. The company started in USA, but needed a site in Europe, and chose Mitcheldean in the UK. This branch became the supplier of all copiers in Europe, and at its peak, employed 4,500 people.

In less than ten years, Mitcheldean, a small village of a few hundred people, become home to an industrial complex employing thousands of people. This major influx of people brought huge benefits to the local population, shops, businesses, pubs, hotels and small companies that manufactured components for Rank Xerox. The Mitcheldean complex was a part of Rank Xerox Ltd. and was responsible for designing and making a range of xerographic products and shipping them to Rank Xerox markets, in more than 80 countries, in Europe, Asia, Africa and Australasia (including Russia, Eastern Europe and China). 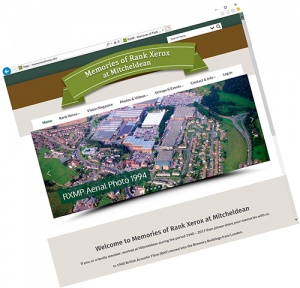 A project preserving the legacy of Mitcheldean’s Rank Xerox photocopier plant is now telling the story of the Forest business that exported a technological revolution around the globe.  Some former Rank Xerox employees at the Mitcheldean manuafacturing plant, has created a unique website with the history of the plant and its people. Visit the website Memories of Rank Xerox at Mitcheldean, for some great information, pictures and videos. The website also contains a huge collection an internal magazine called Vision, that was published no less than 269 magazines documenting factory life, such as the technology, the products and the people who worked there.

If you have more information about this manufacturing site or have pictures, please leave a reply in the form below or send an email to xeroxnostalgia@outlook.com