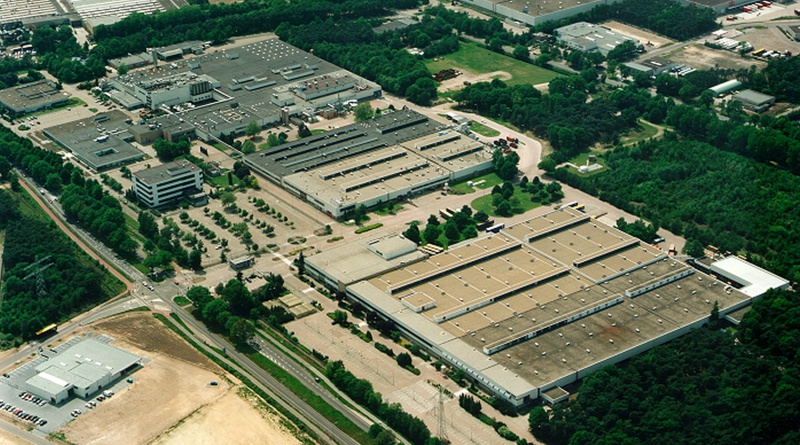 Rank Xerox Ltd. invests £ 4 million in the next phase of its expansion program in Europe - the construction of a factory and warehouse on a 25 hectare site in Venray.
Venray's new factory and warehouse would originally be designed to act as a supply center for consumables used in xerographic machines manufactured and installed in Europe at Mitcheldean England. Mr. John Davis, President of the Rank Organization and from Rank Xerox says: "The demand for Xerox machines is explosive, and our already greatly increased production must be matched by a much larger output of consumables, including selenium drums and ink powder. Venray will ultimately supply all our machines in use in the European Economic Community. In addition to a factory of 150,000 square meters in Venray, there will be 120,000 square meters of warehouse space. 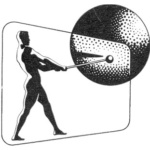 The man with the gong is the symbol of the Rank film, which many have become acquainted with in cinema and television. This man has now hit the Rank gong especially for Venray, now the official announcement of Mr. John Davis, president of the Rank organization put an end to all uncertainty and confirmed that one of the parts of the Rank organization, the Rank Xerox, will establish a branch in our town. Achieve in the shortest possible time.

Rank Xerox is part of the Rank Organization. This organization has film interests around the world, but also develops other activities through 20 other companies (united in the Rank Organization), in the field of radio and television equipment (Rank Bush Murphy), lens manufacturing and precision -measuring instruments (Rank Taylor Hobson), to the operation of dance halls, skittle alleys (bowling centers) and motels in England itself and on the English Isles. For example, plans were recently announced by the "Top Rank Motor Inn and Motor Services Division" for establishing motels in many European countries in the next ten years. Rank Xerox is therefore part of this not insignificant organization.

Rank Xerox manufactures and markets copiers based on the revolutionary new xerographic process, which combines light, static electricity and dry powders to produce permanent copies of any document at high speed. One of their copiers is an automatic press-the-button machine, which makes such copies at a speed of seven per minute on plain paper. It is currently in use at thousands of offices around the world. It apparently meets a great need and, according to the experts, has brought copy efficiency to a new level.

In addition, the company manufactures standard Xerox offset plate making equipment and copyflo machines for fast, high-volume copying. The main factory is located in Elstree in England, where it is manufactured for all world markets, except for South, Central and North America, for which a separate factory has been built in America. No fewer than 11 subsidiaries market the various manufacturers.

Establishment of a factory in Venray

The new factory and warehouses in Venray have been set up as a supply center for articles for the copying equipment, which is installed in Europe. Mr. John Davis, President of the Rank Organization and of Rank Xerox Ltd "declares in response to the branch in our congregation. "The demand for Xerox equipment is tremendously high and our already greatly increased production has to keep pace with the much larger production of consumables, such as selenium drums and powder. The factory in Venray will in due course use all our equipment in the EEC provided "
Venray is conveniently located for efficient distribution in the EEC and is close to the European motorway, which will form a new connection between the Netherlands and Germany. Apparatus production from our factory in Elstree (England) is being significantly increased and will be provisionally used for supply in the UK and our other world markets.

Rank Xerox Ltd. will build the factory with warehouses in Venray and invest an amount of 40 million guilders. The total land area for this complex is 101,000 m2.
It is hoped that construction of this very important project - the first Rank Xerox factory in mainland Europe - will begin soon. The factory will be operational in June 1965 and production will be destined for all countries of the European Economic Community.

In addition to the factory, which has an area of ​​more than 14,000 m2, warehouse space of approximately 11,000 m2 is provided. From here, Rank Xerox will distribute its consumables to her in the E.E.G. operating companies in Düsseldorf, Paris, Brussels, Amsterdam and Milan. Due to the tight schedule, a computer will be engaged to achieve maximum efficiency and speed in construction to ensure the plant will be on time. This construction will cost 32 million and, together with the required technical installation, will cost 40 million.

The new factory benefits from the possibilities that Venray can offer as a development core.

The French firm Austin, whose principal company built such a factory in the United States for the Xerox Corporation in Rochester, has been appointed consulting engineer for this project in collaboration with Dutch architect Postma from Gorssel. Dutch companies will be invited to tender shortly for the build.

£4m RANK PLAN IN HOLLAND
AntwerPen, Jan 20. 1964.
Aan Peel en Maas, Venray.
Perhaps you are interested in an enclosed message in the "Daily Telegraph" of Friday 17 January. A factory of 40 million guilders in Venray is not an "apple porridge".
Regards,
FRENCH POEIB
., "T Brüksk", Antwerp.

The French firm Austin, whose main company built such a factory in the United States for the Xerox Corporation in Rochester, has been appointed consulting engineer for this project in collaboration with the Dutch architect Postma from Gorssel. Dutch companies will be invited soon
register for construction.

This article is translated from the article "Rank Xerox investeert f 40 miljonen in Venray..." in “Peel en Maas” newspaper dated Friday January 24, 1964 No 4 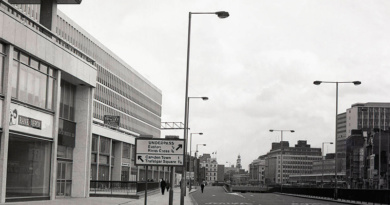 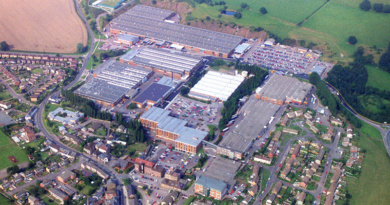 Happy to say I had the please of working in the Modelshop in 1977 for a few months. Made many friends with Henk Vloet, Jan Kamp, Wim Van Den Munckhof, Beryls Teurlinkx and many, many others.