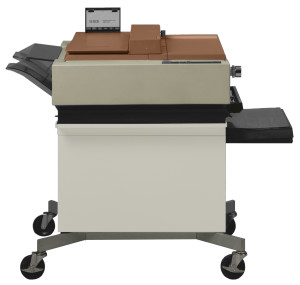 This webpage contains information of both Xerox 3100LDC and the Xerox 3103 copier. Xerox 3103 was a rebranded Xerox 3100 LDC meant for foreign countries and Quebec. LDC stood for Large Document Capability which meant nothing to anyone outside English speaking countries so a 3103 plate was attached to any machines sold outside U.S. including Canada.

The Xerox 3100LDC was first announced to the market in September 1974. It was the first office size machine to produce copies larger than standard letter or legal size from plain paper originals; copies can be made from originals as large as 14" x 18".

The copier has a cassette paper-loading capability that permits quick and easy changes in paper sizes, weights and colors.

Do you have any more information about this model, or have brochures / pictures, please leave a reply in the form below, or send an email to xeroxnostalgia@outlook.com